A lot of my work is about the feeling of transience and impermanence that I sometimes glimpse under the surface of the day. Curiosity helps me embrace that feeling and find beauty there. I love collecting intriguing sciency images from chromatography and DNA gel electrophoresis, as well as things seen under the microscope and under the sea. Science keeps me inspired by the wondrous. And like a scientist I call my paintings tests because I’m following real questions and running real experiments. I set the stage for materials to interact and reveal hidden chemistries, and the final paintings are the results.

I like to set up tension between a minimal, stripped-down aesthetic and effusive lush color – a type of color that suggests something outside of our ordinary, everyday world, beautiful but also sort of bizarre, inflamed, suggestive of energies that we can’t see. Instead of paint, I use my own custom formulas of deeply saturated inks, stains and dyes. Such colors can do things paint can’t do – bleed, shift, and migrate through other layers of paint, or change color, or even completely disappear. The final coating and drying stage reminds me of waiting for an old polaroid photo to develop, all that mysterious whiteness slowly changing while the image emerges.

Time is not a dimension people usually think of for paintings. Even after you know about the testing process underpinning my work it’s tempting to view the paintings as static, frozen moments or phenomena captured in the acrylic film like bugs in amber. But they’re actually slow-motion performances changing imperceptibly over time as the materials continue to interact.

Whether the painting is large or small, I want you to get up close. The lush matte surface and blurry, out-of-focus quality bring further attention to the effort of looking. I use repetition to compare & contrast, and provide situations where unexpected mutations might occur. The shape of a circle may gradually evolve into another form, or a line drift further out than expected. Except for my notes, I intentionally try to keep evidence of my own hand in the background, preferring the shapes and forms look as if they evolved in the way that nature makes things.

Like most painters I was taught to use archival materials and proper painting techniques. My earliest little light tests years ago were just a way of sorting out fugitive colors from those that are stable and lightfast. But over time instead of discarding them I’ve found myself more and more attracted to them, drawn by the additional layer of complexity that such changes suggest and by the very notion of impermanence.

In the SunTests series I’m finally using these fragile colors in my work. I design some color formulas to shift in hue or gradually disappear, while others remain permanent. Then I make small paintings using these special light sensitive formulas and expose them to sunlight in my studio windows over many months. I document the changes using a high resolution flatbed scanner. Each digital image is essentially a still frame in a time-lapse movie capturing the fleeting moments as the physical images evolve and disappear. The final SunTest artworks are limited edition archival prints on metal through dye sublimation, permanent records of transient moments.

Over the years I’ve also found another alternate body of work emerging in my studio – work that springs from my interest in landscape, the natural sciences (especially biology), maps of the earth, weather and storms. When I first saw Al Gore’s movie An Inconvenient Truth, I was compelled to begin pulling these threads together around the idea of climate change.

At one point I launched this series in 2 solo shows, Ultra Marine: New Paintings and Drawings About the Sea, at Elizabeth Leach Gallery, (May, 2013), and SubOptic at Platform Gallery, (September, 2013). For those particular shows I focused on coral reefs. In a piece such as Coralline (bleaching), the forms reflect the clustered patterns of sea life in reefs, while the colors – some of which will actually fade over time – reference the problem of mass coral bleaching, where corals die due to a range of environmental stressors like increased acidity and water temperature. Core Sample is based on X-rays of corals, images which help scientists evaluate changes in the growth and composition of reefs over time.    view Ultra Marine paintings – view SubOptic paintings

While this work is a departure from my Testing series, it remains connected to my continued exploration of the phenomena of materials, and fuses my interest in science with elements of color field painting, land art, process art and minimalism. I’ve discovered visual and investigative inspiration in other art & science unions, such as the early cyanotypes of British algae and seaweed by mid-nineteenth century artist Anna Atkins, who was an early photographer and botanist. And I’ve continued to develop my own custom formulas of deeply saturated inks, stains and dyes for use in these alternate paintings and drawings. The ideas of impermanence and change which I’ve been developing in the Testing series are put to good use in paintings which reflect on what’s happening to our planet.


My work is included in a wonderful new book Where Corals Lie: A Natural and Cultural History, by J. Malcolm Shick, London: Reaktion Books, p. 132–3. Available on Amazon. 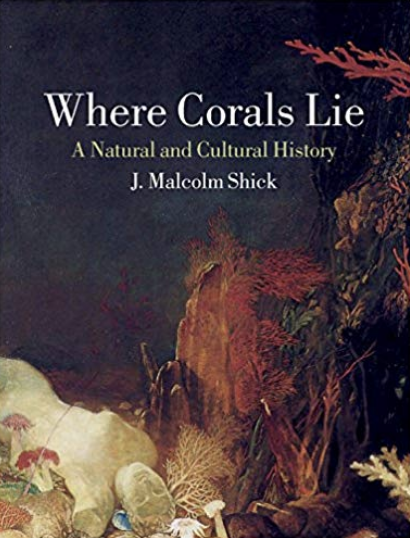